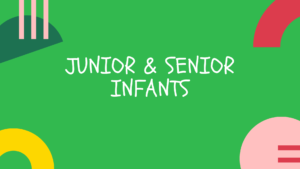 The SPAR FAI Primary School 5s programme for 2016 came to a pulsating conclusion in the Aviva Stadium, Dublin yesterday afternoon (Wednesday, May 11)

The ‘A’ Cup honours went to Scoil Cholmcille, Mount Hanover, Duleek, Meath who finished five points ahead of second placed Croom NS, Limerick with maximum points from all three games.

Player of the Tournament Alan Bowden hit all five goals as they powered past Munster Champions Croom in their opening game. While Bowden netted four more in their 5-3 win over Scoil An Choimin, Lifford to guarantee them top spot with a game still remaining.

Scoil Choilmcille then finished in style to come from a goal down in their final game against Carn NS, Gurteen, Sligo and claim a 2-1 win and the ‘A’ Cup honours.

Five goals from Scoil Choilmcille’s Alan Bowden was the highlight of this thrilling game. Croom recovered from a nervous start to level at 2-2 with the goals coming from Cian Fitzgerald but Choilmcille’s proved the stronger after that coming away with a 5-2 victory.

Dylan Walsh had Carn in front with an early goal but Scoil An Choimín recovered in fine style to equalise through Luke Mag Fhloinn.

Alan Bowden was the star of the show with four of the goals to give Scoil Choilmcille all three points and put them into an unbeatable position to claim the ‘A’ Cup honours with a game still to play. Conor McQuail Leech added the fifth Choilmcille’s goal while Luke Mag Fhloinn, Daniel O’Meartrhaire and Ross O’Brollachain were the Scoil An Choimin scorers.

Scoil Choilmcille came from a goal down against Carn NS to claim the win and the ‘A’ Cup honours.